Building on a few characters and scenarios sparked in his imagination when he was about seven years old, Benjamin spent close to a decade writing, rewriting, and expanding a story that eventually evolved into an epic three-part trilogy. The first part of that story, Wingheart: Luminous Rock, was published in book form and launched at the Word On The Street book festival in Toronto on September 23, 2012, Benjamin’s 17th birthday. Book two in the trilogy, Wingheart: Spirit’s Gate, was published three years later in September 2015. He is currently at work on the third volume, titled Wingheart: Sword of Caligus. 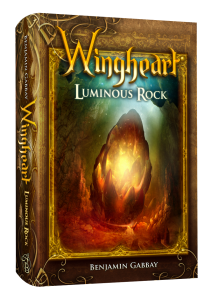 Magnus Wingheart never knew about the world of Arkane. He never knew about the past his older brother, Drake, had kept hidden from him, nor that his parents had died at the hands of an inhuman enemy in a city he had never known to exist. When that enemy resurfaces, sixteen-year-old Magnus, Drake, and their former guardian, Cecil Handel, become ensnared in a deadly hunt for an elusive object they know almost nothing about. Their only escape entails confronting their pursuer—the immortal madman Daimos Recett, the pivotal figure in a grand scheme that arches across the realms of existence and threatens all of Arkane.

Carved with an ever-deepening plot, Wingheart: Luminous Rock weaves magic, technology, and science in an enthralling tapestry that rends the line between fantasy and reality. 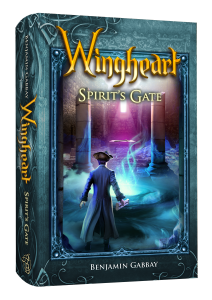 Two years after the fall of Daimos’ empire, the Arkane province of Serenia has been restored to its former glory. But below the surface, its enemies are far from idle.

Plans are fast underway for the New Order cult to call their allegedly undead master, Sennair Drakathel, back from the grave—plans, orchestrated by the ghost of Sennair himself, that would see the rebirth of an unconquerable army and the ruin of all Arkane.

Once again, Cecil Handel and the Wingheart brothers, Magnus and Drake, are forced into the role of the opposition. Alongside a criminal mastermind with mysterious intentions and the unscrupulous creature who murdered the Winghearts’ mother, they become embroiled in a web of intrigue where they can never be certain whether they are working to thwart or advance the Order’s plans.

Lives, loyalties, and minds will crumble until Arkane’s greatest conspiracy is seen to its conclusion, for good or for ill.

For more info, a book trailer, and sample chapters, please visit the books’ website at www.winghearttrilogy.com 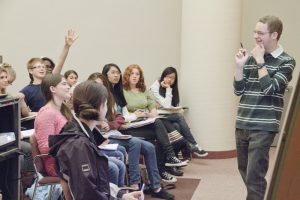 Benjamin has presented talks and workshops at Canadian libraries and schools with the aim of inspiring other young writers to follow through on their literary ambitions and share their work with the world. His presentations cover a range of topics, including: